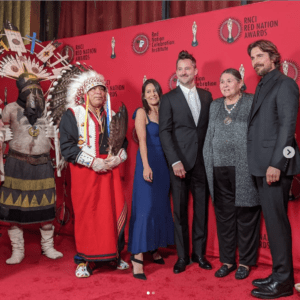 “Red Nation Celebration Institute is honored and proud to work with strong leaders in our Native communities across Indian Country, as well as Indigenous directors, producers, writers, actors and crew, fostering the next generation of leaders and media talent.  Our fundamental foundation remains the uniting of content creators within Indian Country  –– amplifying Native Voices as we do –– to bring our people a greater visibility to the entertainment industry and the world at large.”