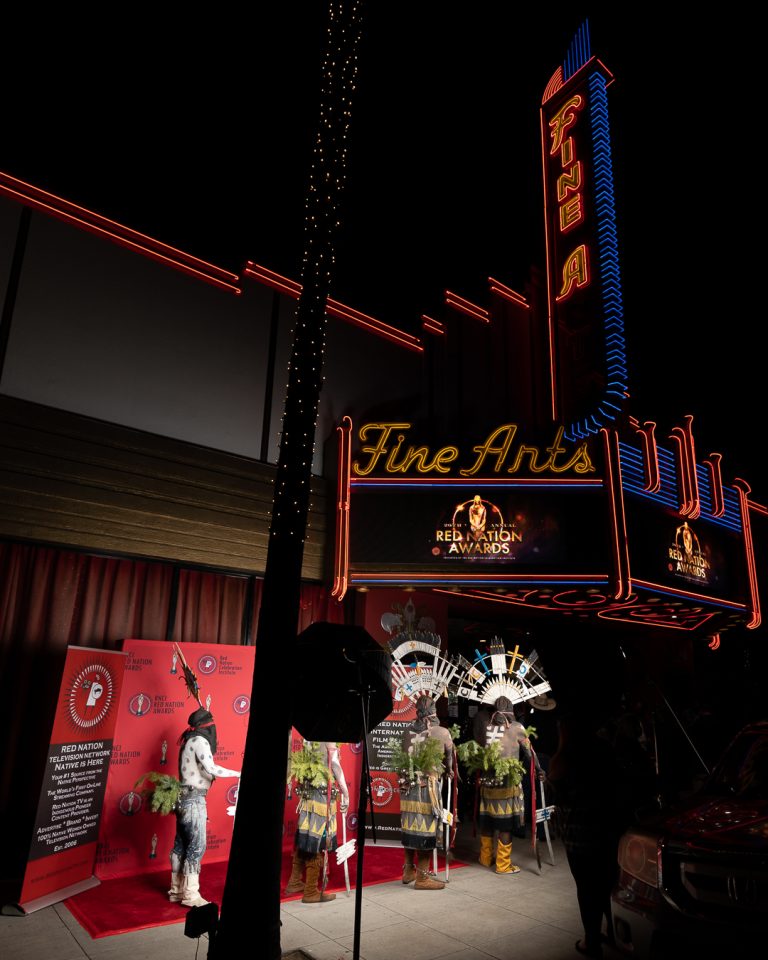 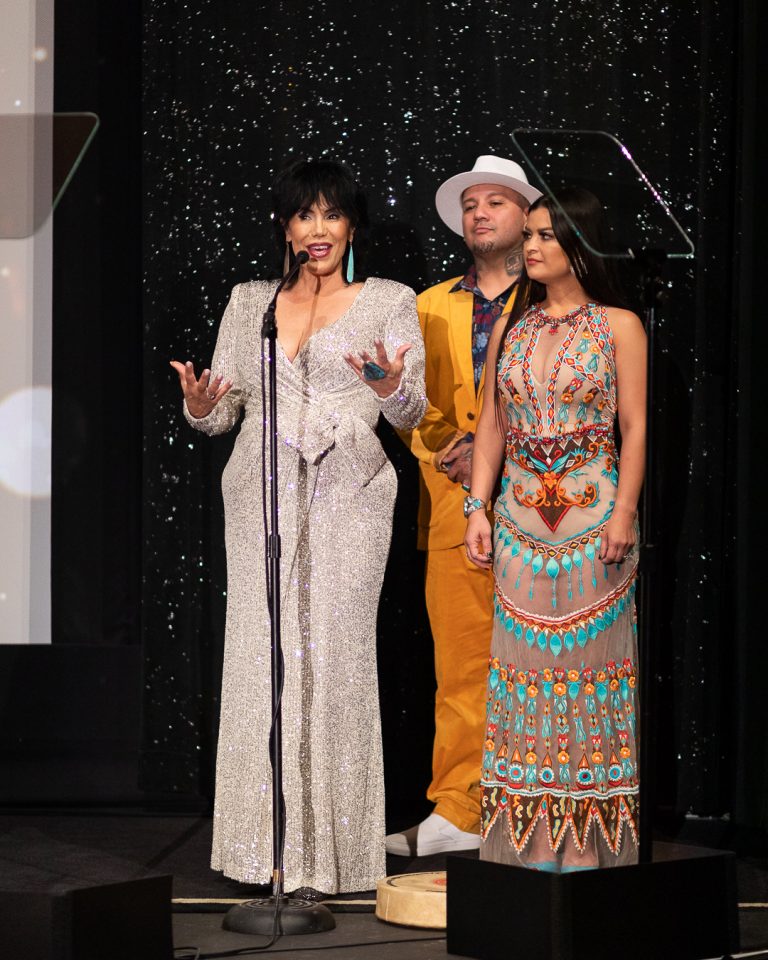 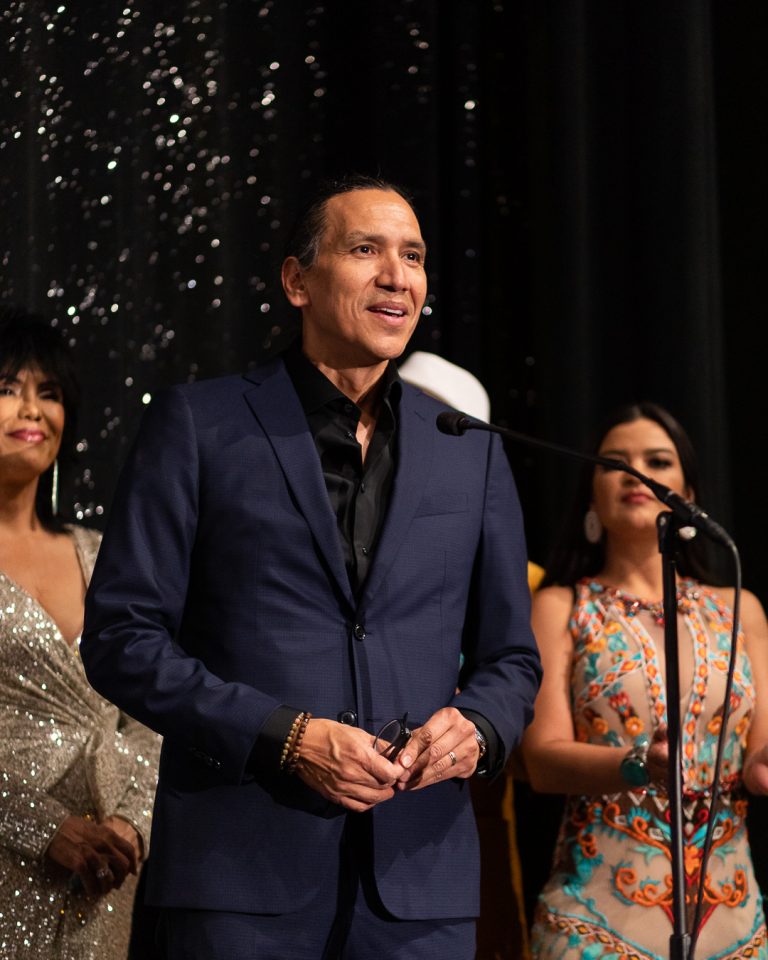 “Team Red Nation, have been working to being together yet another gorgeous, inclusive film program and events with great joy and enthusiasm, said the Institute’s Founder/President Joanelle Romero, “As we are preparing to open the doors in a few weeks for press and industry, our next season of films directed by Native Indigenous Filmmakers and our allies are extraordinary, fearless, creative and brave, we are excited to share their work with fans, film enthusiasts and look forward to meeting new audience members. We are thrilled to be in person and online this year in Los Angeles and globally.”

This year’s Festival program and events will remain a hybrid celebration. Since the pandemic in March 2020 RNIFF has grown globally, including extending the Festival from 2 weeks to 30 days.

The Festival website will be the homebase this year where audiences can buy tickets, explore the program, watch films and other content online, and engage with the community while keeping with our mission.

The full program of the 2022 Festival will meet audiences in Los Angeles and online. The broad range of ticketing options ensures that everyone can participate, with individual tickets starting at $10. Each ticket product has limitations on the number of units that may be purchased. Ticket products include:

Purchase individual tickets to your must-see features. Join us in person from November 7 – 19. Once you’ve got your ticket, your name will be at the theatre door.

Available to audiences all over the world, this pass unlocks online access to 60+ films from features, documentaries, animation, doc shorts, live action and retrospectives.

This package — historically the most popular way to experience the Festival — offers one ticket to in-person or online screenings during the entire Festival. Does not include Awards Show.

Hollywood & Indian Country’s Biggest Night for American Indian & Indigenous Voices. Hollywood has the Oscars, Broadway has the Tony, Television has the Emmy and Indian Country has the Red Nation Film Award for Excellence™

This ticket — historically the most popular Awards Show to experience Native Indogenous cinematic excellence ‘The Nominees and Winners’ — offers one ticket to in-person Awards Show.

RNCI will require all attendees to be fully vaccinated against COVID-19 and/or have proof of a 72 hours negative text; more will be shared as warranted within this month.

We require that all participants attending the Festival — or Festival-sanctioned events — in person in Los Angeles to be fully vaccinated with a COVID-19 vaccine that is approved by the World Health Organization. All vaccinations must be completed at least two weeks prior to traveling to the Festival. The CDC notes that being vaccinated greatly reduces your likelihood of contracting or transmitting the COVID-19 virus. Vaccination maintains your own health and safety, and reduces transmission rates within spaces and at events. We will share information on how to provide proof of vaccination closer to the Festival.

We require that masks are worn at all times in interior spaces and in queuing lines (this includes outdoor areas such as our Red is Green Carpet Gala events, restrooms, and temporary structures). Masks must be worn to enter these spaces. We recommend masks be worn in all other outdoor settings. This is an important safety measure that not only benefits you but those around you.

The Festival is a program of the the longest standing Native Indigenous Media, Arts, Cultural non-profit enterprise in the Entertainment Industry Red Nation Celebration Institute.

Festival recognizes critical support from its sponsors.  The support of these organizations helps offset the Festival’s costs and sustain the Institute’s year-round programs for independent Native Indigenous artists.

Red Nation Celebration Institute (RNCI), The Authentic Voice for American Indian & Indigenous Nations, founded 1995 by Joanelle Romero. The Creative Enterprise by Natives delivering to all people the stories that shape our world. The longest standing Native Women-Led, Indigenous media arts cultural pioneer nonprofit enterprise in Los Angeles, offices in Santa Fe NM, serving Indian Country & Entertainment Industry, representing 570+ Native Nations, established a rich legacy of work by supporting 739+ Native Indigenous filmmakers. Mission is to break barriers of racism by creating systemic change through media and pop culture in order to eliminate Native American stereotypes. Our Vision for the future of cinema is one in which Native Indigenous perspectives are authentically pictured, recognized, and valued in a way that promotes strong authentic Native identities, economic outcomes, equity, and wellness for our Indigenous communities. https://rednationff.com/board-of-directors/ The Institute’s signature Labs, mentorship programs, Masterclasses and theatre collab with USC is dedicated to developing new work created by Native Indigenous artists, take place throughout the year in the U.S. and internationally.

Our foundation is uniting creatives within our community with Hollywood to bring together a greater voice to the entertainment industry and the world at large. Red Nation Celebration Institute is honored and proud to work with strong leaders within our Native Nations across Indian Country America and our Indigenous talent from directors, producers, writers, actors and crew in front of and behind the camera, fostering the next generation of talent and leaders.