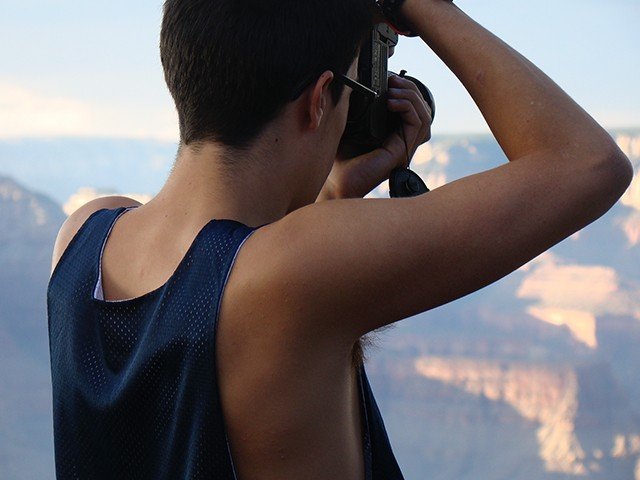 Masterclass. Become a Location Professional with Red Nation Celebration Institute, along with lead partners Todd Christensen and Locations Managers Guild International. There is a huge need and Red Nation Celebration Institute is filling it, along with a list of Industry partners. This Inaugural program has been in the making since 2015, and RNCI is thrilled to bring it to Indian Country and the Film Industry. There has never been anything like this in the film industry for Native talent in this area of work. We create jobs behind the camera!

Location Professionals help Directors and Production Designers bring their visions to life with the right film locations. Location Scouts specialize in finding and photographing locations. Location Managers scout and manage locations before, during and after production, negotiating agreements, obtaining permits, liaising with communities and handling all the other logistics involved in filming on location.

Our objective is to train Native Americans to be qualified Location Professionals which, along with their knowledge of and sensitivity to Culture and the Land, will make them invaluable assets to film productions and their own Native communities.

One of the industry’s leading location managers and member of the Academy of Motion Picture Arts & Science 2019.  Todd Christensen originally from Yankton, South Dakota, started working in film in 1995 as an Assistant Location Manager and became a Location Manager in 1999. He has worked on such films as ‘Syriana’, ‘There Will Be Blood’,  ‘The Hunger Games’, ‘Sicario 1 & 2 and ‘The Ballad of Buster Scruggs’.  Todd has worked on over 30 movies and another 25 scouted.   He has won the COLA Award for ‘Moneyball’ for Best Team and Professional of the year as well as the first LMGI award that was international for Best Locations on ‘Sicario’.   Todd was the Shop Steward for Teamster Local 399 for 8 years and the NMFO Director from 2019-2020. He worked out of Los Angeles starting in 1995 and moved back to New Mexico in 2006 to continue his work as a Location Manager.  Todd has worked on many of the Pueblos as well as Navajo Nation.  Todd is also an accomplished artist having had over 55 shows in the last 45 years.

After working for the US Forest Service and US Fish and Wildlife Service for 13 years after college, Mike transitioned to a life working in the film business in 1991. He has worked as an assistant location manager, location manager and production supervisor on over 30 feature films, including “A River Runs Through It”, “Jerry Maguire”, “Girl, Interrupted”, “Dante’s Peak”, “Blow”, “Catch Me If You Can”, “Seabiscuit”, “Munich”, “3:10 to Yuma”, “Indiana Jones and the Kingdom of the Crystal Skull”, “The Amazing Spiderman”, “Spiderman: Homecoming” and “Top Gun: Maverick”. He is currently working on Martin Scorcese’s “Killers of the Flower Moon” in Oklahoma.

Mike won the California On Location Award for Location Professional of the Year twice.  He loves to explore new countries and work has given him the opportunity to travel to over 35 states and a dozen foreign countries.

Mike is a proud 28 year member of Teamsters Local 399 and is a founding member of the Location Managers Guild International, on whose Board he now serves as President.

Kristin Dewey
Member of Location Managers Guild International, currently serving on its Diversity, Equity and Inclusion Committee. Kristin is a Teamsters Local #399 Location Manager whose work includes more than 70 feature films and television series. Recruited by the Pasadena CA Film office in 2003, she worked as the city filming coordinator for 8 years, returning to Locations in 2012.  Co-Chair of the RNCI Indigenous Film Crew Registry.

Member of Teamsters Local #399, DGA, LMGI and in 2016 became a member of the Academy of Motion Picture Arts & Science. In 2018 Kokayi was awarded the Lifetime Achievement Award at the 24th Annual African American Film Market Place.

Founder & co-president of Women Empowering Women for Indigenous Nations. Has served as the past Yurok Tribal Chair, Vice Chair, Yurok Interim Council member, and Yurok Transition Team Member. She also served as the second woman to ever be elected by Tribal governments across the nation as President of the National Congress of American Indians the oldest and largest national American Indian organization. Masten a rights advocate has been fighting for fishing and water rights and sovereignty for the past 40 years.