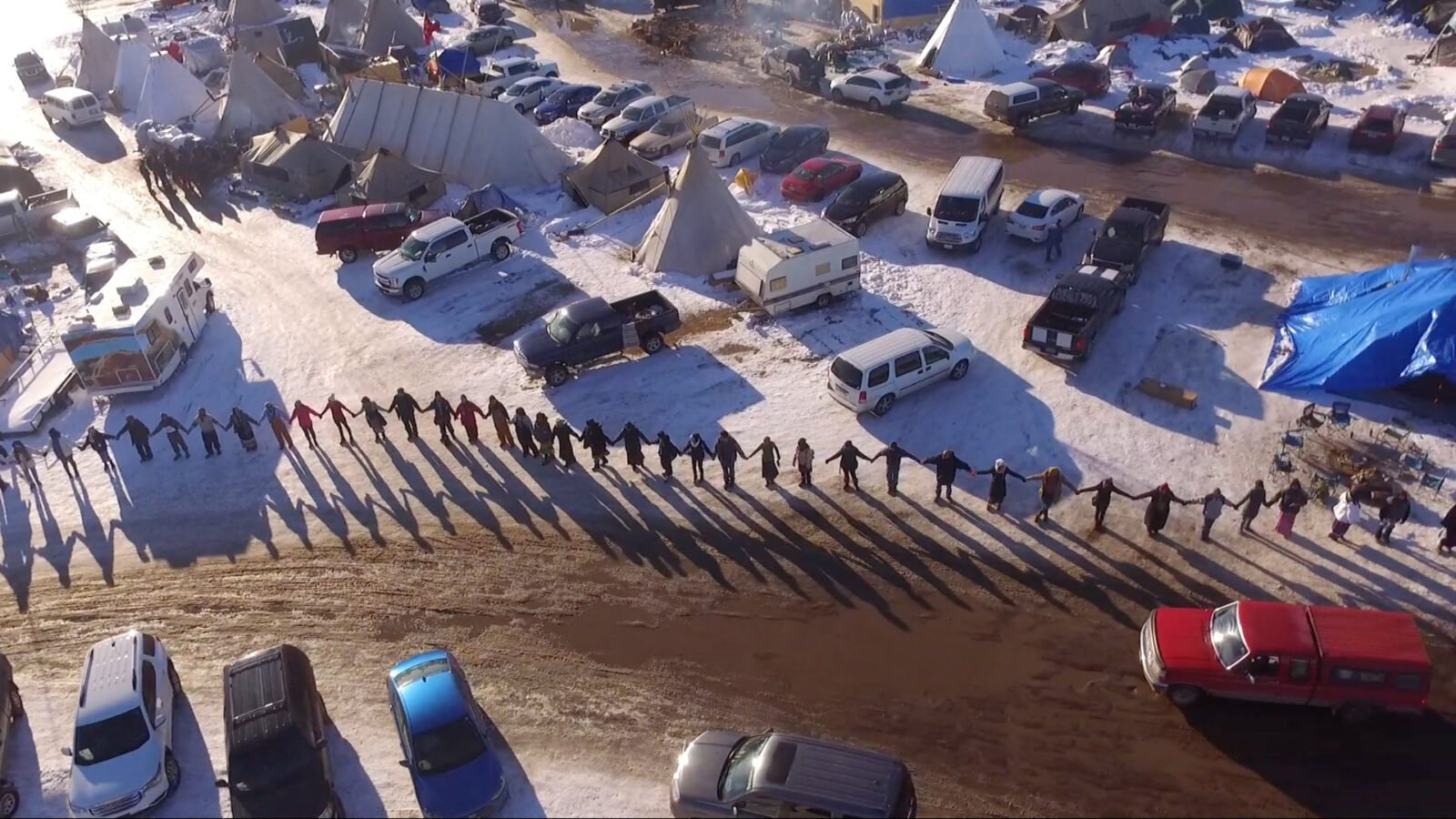 E’sha Hoferer, a member of the Walker River Paiute Tribe, traveled to Standing Rock to take part in the NoDAPL movement. He covered the movement on FaceBook Live, with over 40,000 followers receiving his on-the-ground updates. CHASING THE SIGNAL weaves together FaceBook Live footage, and other footage that E’sha shot, to tell the story of the profound connection and unity he found at Standing Rock. He talks about his participation in direct actions, his attempts to broadcast a story that the police were trying to suppress – and how he uses what he learned at Standing Rock in his role as a teacher of the Paiute language in his community Elementary School.