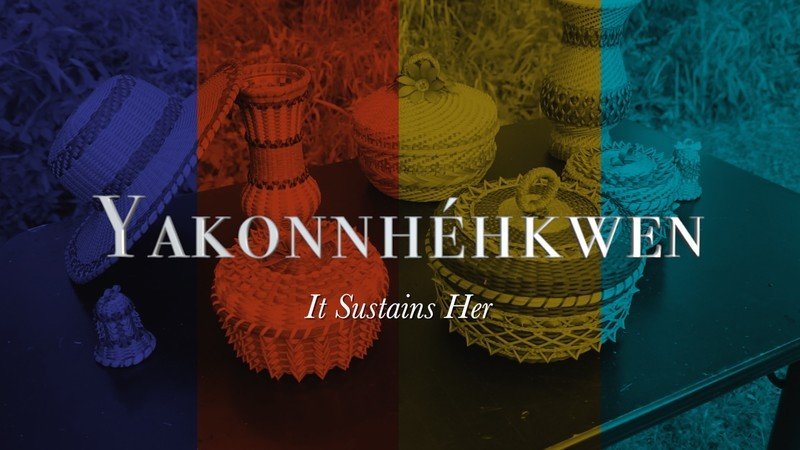 Two years ago, while I was mid-production of my film “Yakonnhéhkwen (It Sustains Her)” a student who I was teaching in Six Nations, ON committed suicide. Touched by this event, it informed the narrative of “Yakonnhéhkwen” placing a stronger focus on mental health and suicide. I wanted to create space to engage this discourse and empower viewers who have resonance with my main character’s story because suicide is such an epidemic on First Nation’s territories.

Yakonnhéhkwen is a Kenyen’kéha word meaning ‘it sustains her’. Ann found healing in the rare traditional Iroquoian art form of black ash basketry. She also became keenly aware that her ancestors were there to show her the way. This is a short film about the depression that brought her to brink of suicide and her journey home, back to her culture and learning to truly value herself as an Onkwehonwe woman and artist.