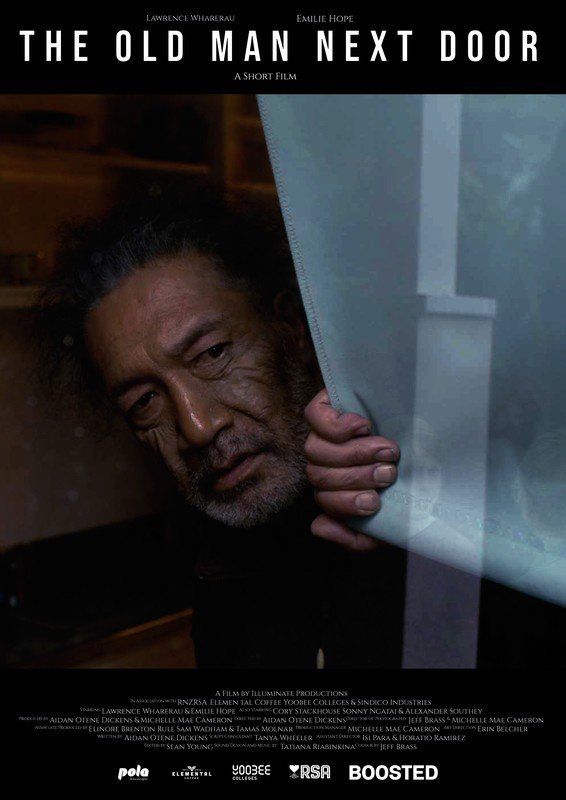 The Old Man Next Door

Matiu, a war veteran who struggles with PTSD and agoraphobia, is unable to leave the safety of his home since his wife’s passing. Shy student Yvonne from next door, his only visitor in self-imposed isolation, struggles with her own mental health. Distraught when her boyfriend leaves her, she stops taking her medication and soon spirals out of control. Matiu is the only witness to her descent into madness, which poses a threat to her life. He must find the strength within to cross the threshold and save her, or remain a prisoner of his fear…and his conscience.