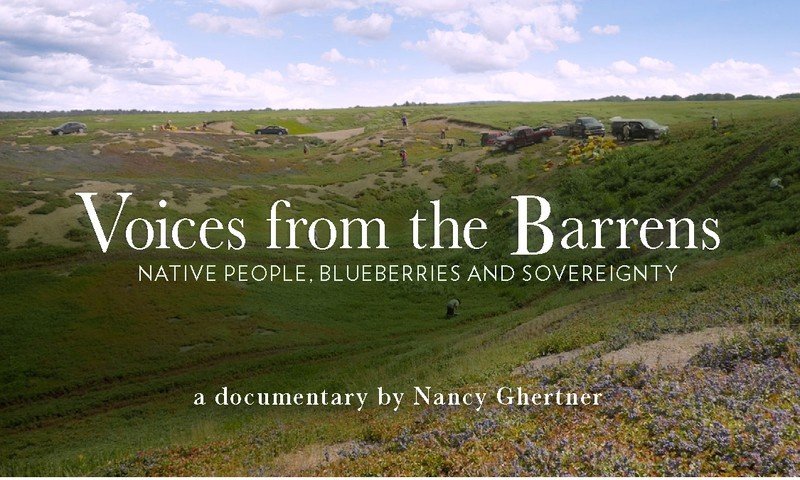 Voices From The Barrens

“Voices from the Barrens, Native People, Blueberries and Sovereignty,” documents the wild blueberry harvest of the Wabanaki native peoples from the USA and Canada. The story engages with the Passamaquoddy tribe’s challenge of balancing the tradition of hand raking blueberries with the economics of the world market which favor mechanical harvesting.
For many years, in August First Peoples from the Canadian Wabanaki tribes- Mi’kmaq and Maliseet traveled across the international Canadian-USA border to participate with their Wabanaki brothers and sisters – the Passamaquoddy of Maine in the tradition of hand raking wild blueberries. The Native Americans (Wabanaki) do not describe this seasonal “agricultural labor” as work, but as part of the harvest from the earth, part of a visit to the blueberries of Maine’s barrens. The film’s story touches on the ancient pattern of this migration and how it relates to border crossings and Agri-Business in the 21st century. Conversations, experiences with rakers in the fields and in their cabins are interspersed with stunning views of the glacial barrens of Down East Washington County, Maine. As the film progresses through harvests from 2014 to 2019, the economic pressures of a global food economy threaten their tradition, as mechanical harvesting becomes the dominant form of harvesting the blueberries