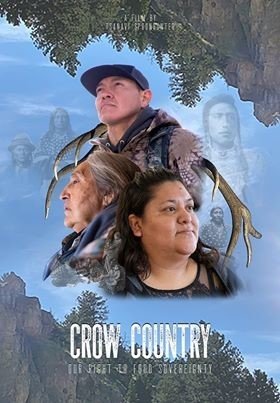 On the Crow Reservation, where food sources are already scarce, the one affordable grocery store has burned down and tribal members are restricted from their traditional hunting grounds. This story is about several tribal members who are fighting for better food and a better future for their community.

Crow Country: Our Right to Food Sovereignty is a 20-minute documentary that enlightens its audience to one tribe’s struggle to retain food security. The Crow Indian Reservation is the largest reservation in Montana, encompassing 2.2 million acres of land. There are approximately 8,000 Crow (Apsáalooke) tribal members who live there.