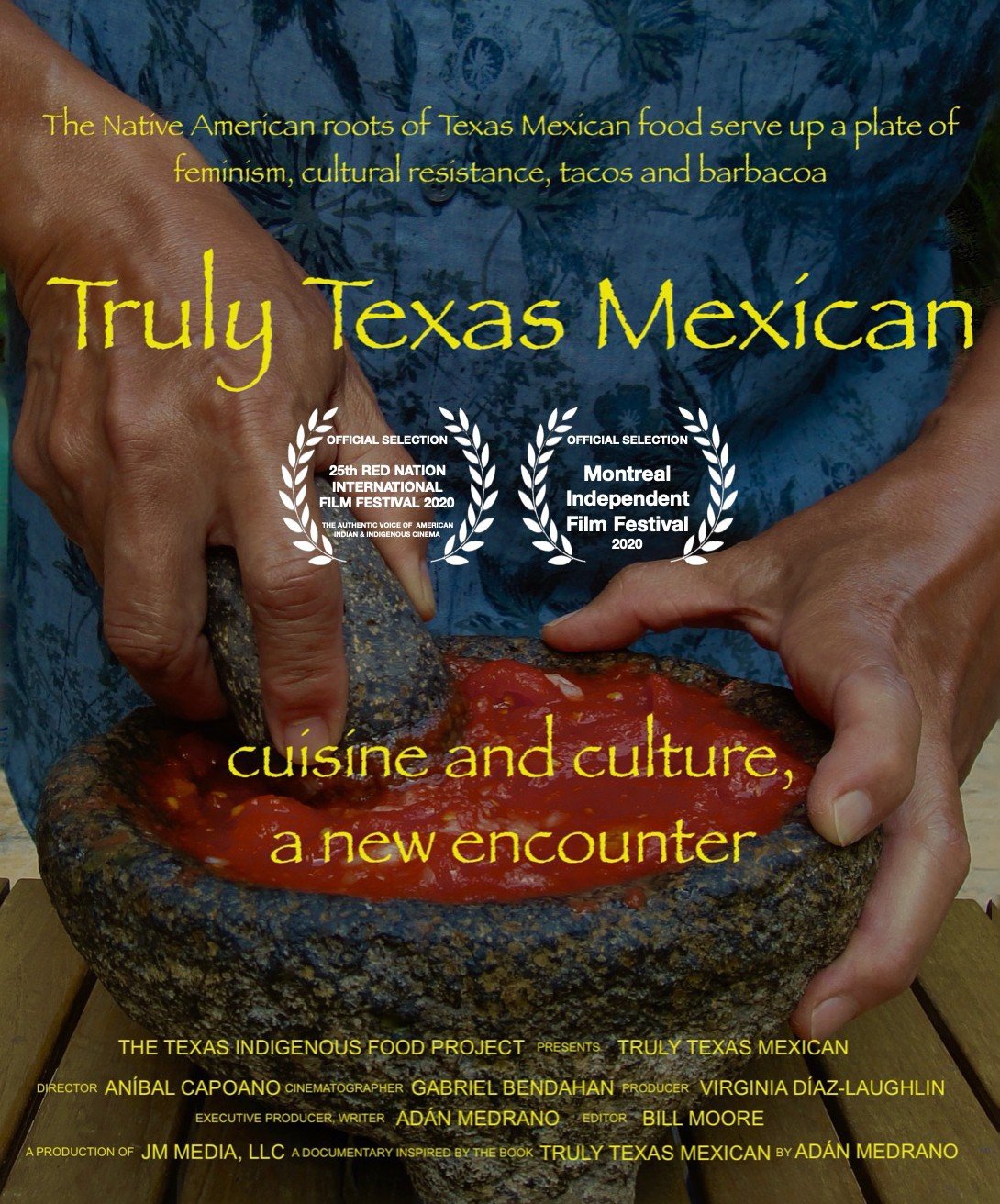 The story of comida casera, (home-cooking) of the Mexican American community of Texas is a Native American saga that begins 15,000 years ago when the first people step on Texas soil. They began domesticating the plants that sustain us today, and cooked the same wild game and fish.
Comida casera was made famous in the late 1800s by indigenous businesswomen, chefs, who operated outdoor diners in Alamo Plaza in downtown San Antonio. Later called chili queens, they were eventually harassed and forced out of business by new dining regulations of the growing city center.
But others followed in their footsteps. Maria Sanchez of McAllen says that the food she serves in her restaurant not only keeps important traditions alive, it supports the sense of community. “I bring them memories,” she says of her customers, as she points to dishes of “fideo” and “caldo de res.” They are family recipes, so different from what she calls “cardboard food” sold by Taco Bell and others. Leticia Perez in Brownsville, a chef and street vendor, affirms that “while there are people who feel a passion to cook this, the roots will continue.”
Graciela Sanchez, walking in front of the Alamo, explains that her grandmother was one of those “chili queens.” She learned that cooking offers a way of building bridges of understanding. “Food doesn’t just feed your body, it feeds your soul.”
The Ortega family in Westside San Antonio continues an ancient indigenous tradition, digging a hole in the backyard to cook a cow’s head, tending the fire through the dark of night. As morning breaks, the barbacoa is unearthed for an exhilarant fiesta of tortillas, tacos, salsa, conversation and abrazos (hugs). Food defines identity and nurtures community.
Other chefs, artists and community leaders in Corpus Christi, Raymondville and Harlingen share intimate food experiences that shape who they are today, facing a history of discrimination, dispossession and violence. Over time and during conquest, Texas Mexican food sustained the memory of the indigenous Mexican American community of Texas as a living heritage.
This unique cuisine opens up a view of what it means to be “American.” It offers a new type of encounter with the other, one of understanding, building a table where ALL ARE WELCOME.