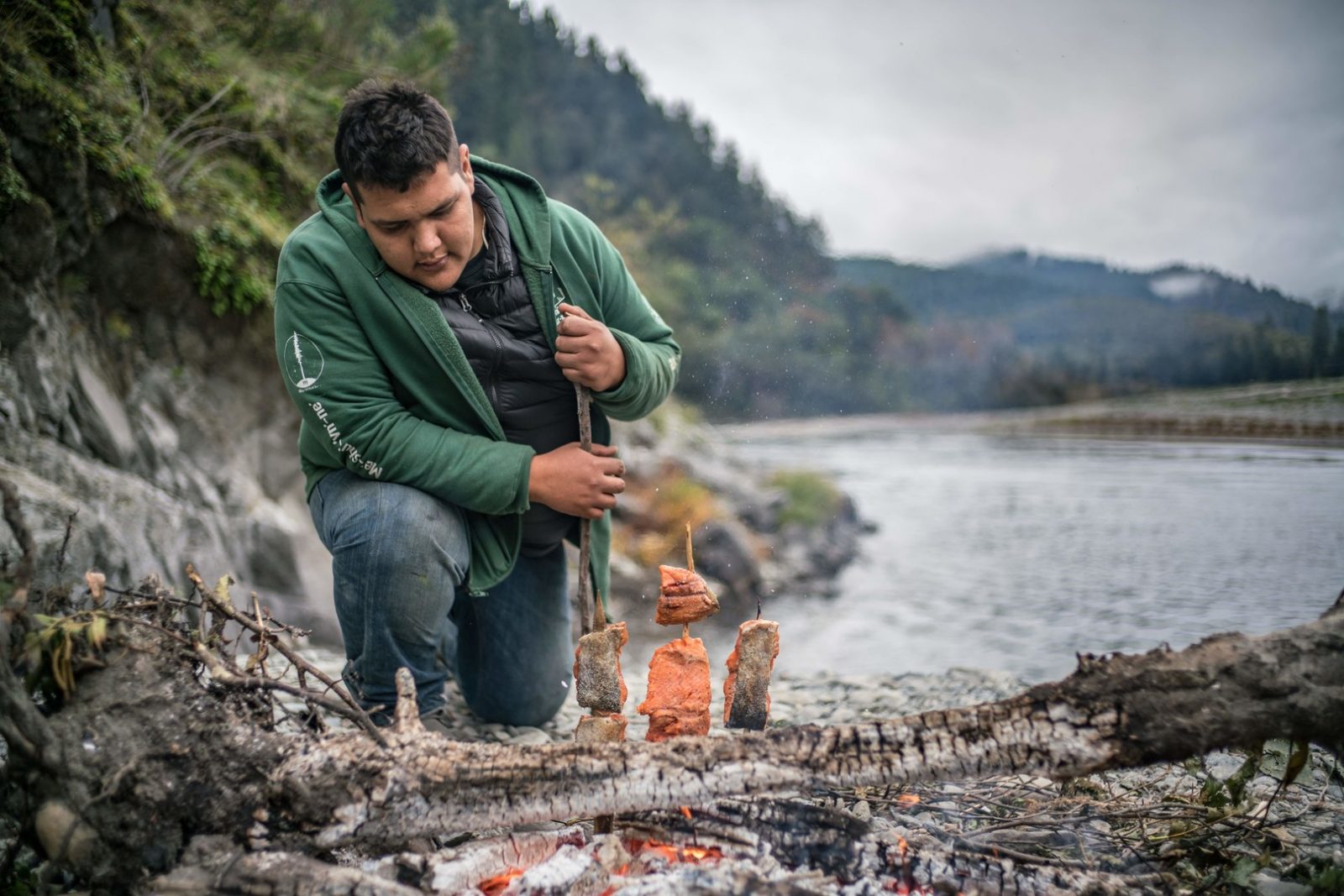 Gather is an intimate portrait of the growing movement amongst Native Americans to rejuvenate the ancestral food systems destroyed by the United States government as a tactic of genocide.

Gather follows the stories of three Natives on the frontlines of this struggle: using food to combat the effects of historical trauma, a White Mountain Apache chef builds an indigenous restaurant staffed by Natives fighting addiction; in South Dakota, a gifted Cheyenne River Lakota teen is battling the cattle industry through her groundbreaking science on bison fats; and a young Yurok man in Northern California leads a struggle for survival in the shadow of a dam killing his river’s sacred salmon.