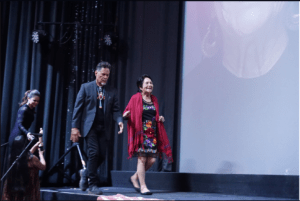 (A Martinez and Dolores Huerta Photo credit: Headshots by Peggy) 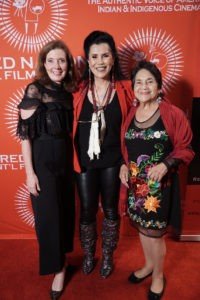 46 Films screened, 22 Directed by Women and 10 Student films, from A-list directors, producers, Native filmmakers, top Native fashion designers, to some of the most prominent activists in America Today.

“We’re so proud to be a supporter of the Festival and all its activities that happen with it and our board has committed its resources to support emerging and underrepresented filmmakers and communities which is a particularly special group for us with the original peoples,” Board member of Red Nation Celebration Institute and President of Film LA the regional film office of L.A. County Paul Audley said in a statement. “This is an opportunity to tell the world about the history and contemporary life of Indigenous people and to tell stories that cross cultural boundaries helping to open doors to the creation of personal communications and a broader understanding of the world we live.”

“This years Festival theme is The Power of Inclusion, you might wonder why someone from a policy school is interested in supporting a film festival, the real power of democracy is in the people. Its works better when we know all the views, it works better when those views are discussed openly and transparently and that those elected officials are held accountable,” stated Aubrey Hicks USC School of Public Policy. “So the American dream is simple but our history has shown that we have not always lived up to our
ideals. The bright side is that we can clearly do better, we can learn about our history, learn about all the different peoples that make up this country though film.” 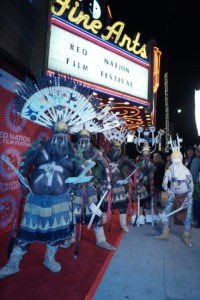 “RNIFF is rooted in Indian Country and is the leading force of American Indian & Indigenous cinema in the entertainment industry since 1995. In support of our theme Power of Inclusion in Diversity in front of and behind the camera, storytelling is key when it comes from the original peoples of this land,” quotes Joanelle Romero CEO, founder, President of RNIFF and member of AMPAS. “Being the first Native Film Festival in Hollywood and having the first Native Film Festival screening at The Academy of Motion Picture Arts & Sciences (Linwood Dunn Theater), we were fortunate to secure and screen the top independent American Indian & Indigenous films this year and honor them at RNCI Red Nation Awards Ceremony. In addition highlighting Murdered and Missing Indigenous Women with RNCI’s #WhyWeWearRED Call to Action with support from Taylor Sheridan (Sicario: Day of the Soldado, Wind River, Hell or High Water).” 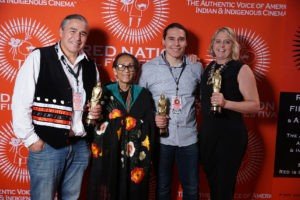 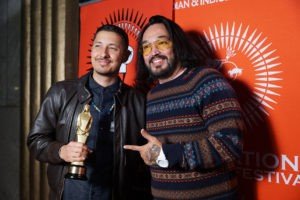 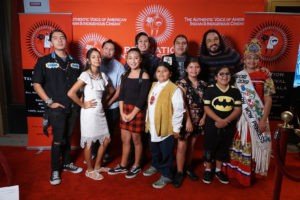 About the RNCI & Power of Inclusion in Diversity™
The Red Nation Celebration Institute has been pressing studios, networks, and producers to be more inclusive in hiring for over two decades. The Institute’s efforts include: requiring television studios and studios to support Native talent in front of and behind the camera, ongoing meetings with studios, networks and individual series regarding their hiring records; In addition, the Institute itself has year round educational programs to support the career development of its members and though-out American Indian & Indigenous communities.

Click here for more information about the RNCI’s Power of Inclusion in Diversity efforts. 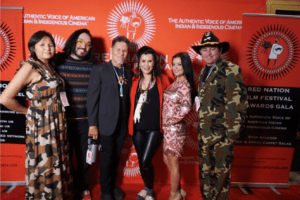 The RNCI Red Nation International Film Festival®
The RNCI Red Nation International Film Festival The Authentic Voice of American Indian & Indigenous Cinema™ has introduced global audiences to some of the most groundbreaking films for the past two+ decades, including Woman Walks Ahead, Indian Horse, Wind River, The Rider, In Times of Rain, Frozen River, The Garden, Honor the Treaties, Twilight Saga: New Moon. The Festival is a program of the longest standing Native Arts & Cultural nonprofit in The City of Los Angeles Red Nation Celebration Institute®.

Red Nation Celebration Institute®
Founded in 1995 by Joanelle Romero, Red Nation Celebration Institute is a Native Arts & Cultural nonprofit organization that advances artists in film, theatre, and new media. The Institute’s signature programs Native Women in FILM™, Masterclasses and Native Youth Matter If I Can See It I Can Be It™, to ground-breaking initiatives and mentorship programs, dedicated to developing new work, take place throughout the year in the U.S. and internationally. The RNCI Red Nation International Film Festival and other public programs connect audiences to American Indian & Indigenous artists in igniting new ideas, discovering emerging voices, and building a cross-cultural community dedicated to American Indian & Indigenous independent storytelling.

The Authentic Voice of American Indian and Indigenous storytellers, our mission is in promoting, advancing, advocating and empowering independent filmmakers, media artists and content creators, with an emphasis on initiatives for Native women and youth, in all media platforms, in conjunction with partners from around the world.