Due to COVID- 19 Pandemic all screenings will be virtual on Lumiere Cinema site:  https://lumierecinemala.com 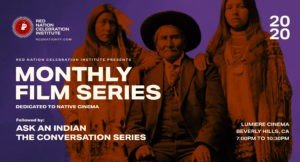 In Celebration of RNCI 25th Anniversary 2020

Filmmakers have been making movies since the late 1800’s, the first theatre opened in 1896. 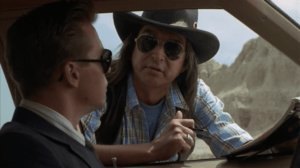 THUNDERHEART (1992) 120 mins – RNCI secured a 35 mm print for this screening.  The last time move goers experienced Thunderheart on the silver screen was in 1992. 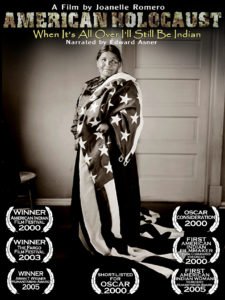 AMERICAN HOLOCAUST: WHEN ITS ALL OVER I’LL STILL BE INDIAN (2000) Award-winning film 29 mins
Director/Producer: Joanelle Romero

?To date only film that addresses the American Indian and Jewish Holocausts.
?To date only Native filmmaker to be short-listed for an Academy Award
?To date only Native to be honored with an Armin T. Wegner Humanitarian Award for “the vision to see the truth and the courage to speak it”
?On the first Native Women Filmmakers to become a member of The Academy of Motion Picture Arts & Sciences
? Over 5 million views on youtube

“Our fundamental foundation is uniting our creatives within our community to bring together a greater force to the entertainment industry and the world at large. Red Nation Celebration Institute is honored and proud to work with strong leaders within our Native Nations across Indian Country and our Indigenous talent from directors, producers, writers, actors and crew in front of and behind the camera, fostering the next generation of talent and leaders” – Joanelle Romero (founder/president RNCI)

RNCI Board of Directors encourages you to get involved with RNCI programs, events and groundbreaking initiatives. We can not express enough how important this work is at this critical time in history to support Indigenous art in all media platforms. We are stronger together!