Since 1995, the RNCI Red Nation Awards has honored outstanding artistic achievements in television, film, comedy, music and the arts. The show is an integral part of RNCI’s mission and is held on the last day closing the Red Nation International Film Festival. RNCI’s mission is to create greater opportunities for American Indian & Indigenous families in the United States. As a national television special with a cause, the RNCI Red Nation Awards demonstrates how inclusion strengthens the entertainment industry and diversity strengthens our country by promoting fair, accurate, and representative portrayals of American Indian & Indigenous image.

Each November, in celebration of American Indian Heritage Month, the entertainment community and film fans around the world turn their attention to RNCI Red Nation Awards. Interest and anticipation builds as we lead up to the RNCI Red Nation Awards LIVE telecast on Red Nation Television Network, when hundreds of movie lovers tune in to watch the glamorous ceremony and learn who will receive the highest honors in native filmmaking. 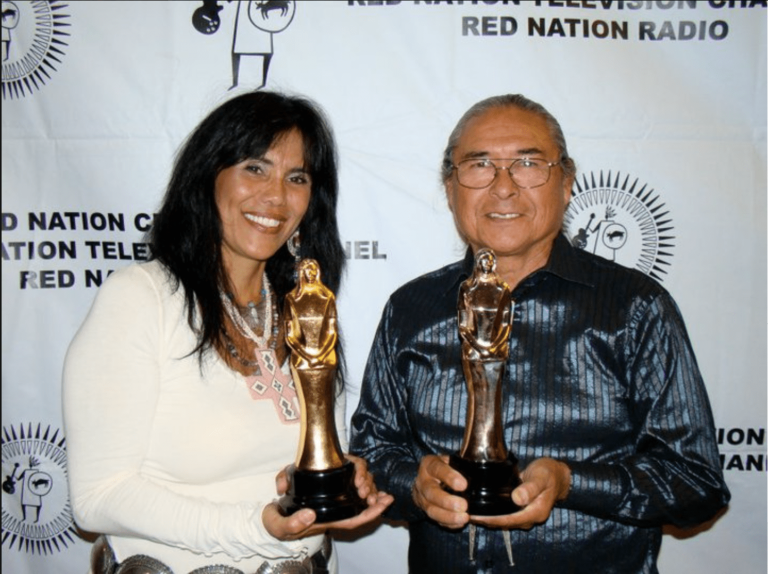 Red Nation Statuette has positioned itself as the most recognized American Indian trophy in the world, cementing Native Indigenous Image in the forefront of the Entertainment Industry.

It became apparent to create a statuette to honor outstanding moviemaking achievements by Native Indigenous filmmakers and thereby encourage excellence in all facets of motion picture production in 2009.

RNCI Red Nation Film Award was designed in three dimensions – and the world-renowned statuette was born.

Learn More
RNCI Board of Directors invites You to:

RNCI Red Nation Awards is made possible through gifts, grants and sponsorships.

Give your support to amplifying the Native Indigenous Narrative to the World.

The Red Nation Celebration Institute Programs focus on the specific development of storytellers from Native and Indigenous backgrounds, encompassing feature film and episodic work. Fellows will receive hands-on support from the Institute and advisors, including one-on-one feedback sessions and roundtable discussions.